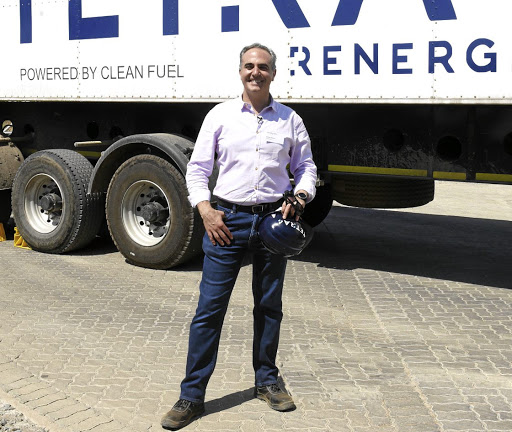 It sounds positively futuristic: Cryo-Vacc — a lightweight aluminium device to transport Covid vaccines at ultra-low temperatures. Except it’s now before the patent office, thanks to the company behind the idea: JSE-listed helium exploration outfit Renergen. We spoke to CEO Stefano Marani.

What have you designed, and why is Renergen getting into the vaccine game?

SM: The point is that we specialise in ultra-low temperatures. If you think about our process: we drill for gas, the gas comes out of the ground, we need to transport liquid natural gas at –162°C. To separate that from the helium we have to take it down to –269°C. We’ve got a lot of equipment and engineering and we have a fundamental understanding of what’s involved in moving cryogenic liquids. There are vaccines that need to be moved at –70°C, which is no small feat. It’s a herculean effort in terms of keeping something cool without a power source. The big pharma companies are focusing on how to move the products in the big cities in Europe and America, and that’s fine for them — but who’s going to sort it out for Africa? You’re not going to get it right with carbon dioxide, you’re not going to get it right with liquid nitrogen, unless you’re willing to pay for gargantuan freight costs. Helium weighs 20% as much as liquid nitrogen and has way more cooling power.

You’ve now filed a patent for your idea — how do you develop this device? It sounds as if you need some serious collaboration.

SM: Yes, we’re not taking the approach that we retain ownership of everything. We’re a gas company; we’ve got the solution, and now it’s up to people to collaborate with us. First we need someone who’s interested in the logistics component of it, so our thought process was to make it simple enough for a company like DHL or a FedEx to move it. In order to do that the case needed to be small, modular, stackable and durable, and independent of a power source. We filed the patent only last Tuesday, so it’s been a very short space of time to find people to produce and transport the cases. But let’s have a call to arms, open it up to the market and say: “Here’s the design and tech, we can supply you with the helium when we come online next year.”

Isn’t that a problem — your helium being available only in the third quarter of next year?

SM: There are 7-billion people on the planet, give or take, and each person would need two doses, say. All RNA-based vaccines have to be cryogenic. Pfizer is just the brand name, but all RNA vaccines need cryogenics. We’re not going to solve this problem in 12 months. This is a two-to three-year rollout.

SM: That’d be great — but herd immunity doesn’t mean you’re not going to have people contracting the disease or dying from it, and the global tolerance at this point seems to be to have zero deaths from Covid.

Who could you collaborate with in terms of manufacture?

SM: We don’t have anyone in mind — anyone who wants to use it just needs to approach us. That’s as complicated as it is. Fundamentally, we’ve got a company producing a vaccine, we need a company that is adept at the logistics of moving parcels, and you need someone who is going to manufacture the cases, which is anyone adept at aluminium welding.

Renergen has been pretty busy this year in terms of news flow. Is that partly PR, partly your crusade to raise the profile of small-cap shares in SA?

SM: It’s a little bit of everything. It’s a little bit of raising the profile of small caps in SA, which I think are in desperate need of some PR. We’ve got a double whammy, in the sense that we’re not a manufacturing company. There needs to be a very large education in the SA market about helium and junior mining. I don’t think I’m out of line in saying that junior mining in SA is not something the asset managers have any interest in. So it’s high time that if the senior miners in SA actually want to get out of this mindset of being in a sunset industry, someone needs to step up to the plate and support junior miners.

The US regards helium as a strategic resource. What does that mean for a company like Renergen?

SM: Helium is critical in the space race, in military applications and in medical applications such as MRI scanning. Also, more importantly, it’s critical for the manufacture of a lot of technology. The world is experiencing a shortfall, so from that perspective helium is a very important and misunderstood commodity because it’s very tightly controlled. We’re using our platform to raise awareness globally and in SA of its importance.